Enter your email in the box below to get the most mind-blowing animal stories and videos delivered directly to your inbox every day.
Colombia is a country in northwest South America with coastlines on both the Pacific Ocean and the Caribbean Sea. The flora and fauna of the country are some of the most diverse in the world, with about 10% of the Amazon rainforest located within its borders. There are more than 1,900 different bird species that either live in or migrate to Colombia. How on earth can a country with such a diverse spectrum of birds choose just one to be their national bird? Is it the large beaked keel-billed toucan? What about the long-legged, fluffy pink flamingo? Or the scarlet macaw, a beautiful bird sporting the primary colors of red, blue, and yellow? Read on to discover the national bird of Colombia!
The national bird of Colombia is the Andean condor. The Andean condor is not a colorful tropical bird. Instead, it is one of the largest flying birds on the planet and a symbol of strength, power, and health. The Andean condor is an honored bird in many South American countries and is also the national bird of Bolivia.
©BearFotos/Shutterstock.com
Andean Condors are about 4 feet tall — compare that to the average kitchen counter that is 3 feet tall! They weigh about 20 to 33 pounds and have an impressive wingspan. Their wingspan can reach 10.5 feet! For reference, the average office cubicle is 6 feet by 8 feet and if you’re working from home the average bedroom/home office is 12 feet x 14 feet. So, you get an idea of how large and respectable these birds are!
Andean condors live along the Andean Mountains in Colombia, Ecuador, Peru, Bolivia, Chile, and Argentina. In Colombia, one of the places you might be lucky enough to see one or more is Purace National Park. Andean condors live on the peaks of the mountains on the edges of rocky cliffs. They swoop down over grasslands looking for dead carcasses because they are scavengers. Due to their size and weight, they have to use thermals (warm air currents) to carry them through the air. They float from thermal to thermal gracefully soaring above the terrain.
The head of the Andean condor has several fleshy wattles, similar to turkeys. There is a large, comb-like structure called a caruncle on top of the beak of the male Andean condor. The females do not have a caruncle. Both males and females have bald, reddish-brown heads and a fluffy white collar of feathers. Their bodies are all black with white-edged wings. At the end of their wings, they have feathers that extend and look like fingers.
©iStock.com/julof90
No. The Colombian flag has three horizontal stripes on it with the top yellow stripe twice as big as the blue and red stripe below it. If you take a quick look at the scarlet macaw you would see they have the same coloring as the Colombian flag. This might have made it a good choice for the national bird, but the history of the powerful Andean condor supersedes the good looks of the scarlet macaw.
Yes. The Andean condor used to be on the 1 peso banknote but it is no longer in circulation. The banknote featured a large perched condor with its wings spread wide. The banknote was first issued in August of 1973 but has since been withdrawn.
The 2012 coin series features the flora and fauna of Colombia including the following animals:
The Coat of Arms of Colombia features an Andean condor perched at the top of a shield. The condor is holding an olive crown in its beak. The shield has three sections with the top featuring two cornucopias, one spilling gold and silver coins and the other spilling tropical fruits. A gold and red pomegranate is between them. The middle section has a red cap on the tip of a gold spear. The cap is a Phrygian cap, which originally came from the ancient country of Phrygia but has become a symbol of freedom and is sometimes called “the red cap of liberty”. The third section of the shield features two ships with what is now Panama separating them, representing the two oceans that Colombia borders.
The Andean condor (Vultur gryphus) is not an endangered species, but it is considered “vulnerable” by the IUCN. It has a small range in Colombia and conservationists are concerned about its decreasing numbers. The population of Andean condors in South America is thought to be around 6,700 individuals. Some of their threats are overhunting, poisoning from pesticides, and farmers targeting them by setting bait of dead sheep that are tainted with poison. One of the conservation suggestions is to teach the important cultural significance of the Andean condor to more people so they learn to respect and protect these amazing birds.
©Gus Martinie/Shutterstock.com
There are many other animals that live in Colombia, including a variety of monkeys. The Colombian squirrel monkey is one of the most common, but you may also find Brumback’s night monkey and in the far northern dry forests you might find the cotton-top tamarin.
Jaguars and pumas are some of the wild cats in Colombia, but it is very uncommon to see these elusive cats.
The critically endangerebod Orinoco crocodile (Crocodylus intermedius) is limited to the Orinoco River basin in Colombia and Venezuela. According to the IUCN, there are somewhere between 90 to 254,190 Orinoco crocs left.
Some of the other birds that can be found in Colombia include the keel-billed toucan, Andean cock-of-the-rock, scarlet macaw, white-tipped quetzal, and thousands of pink flamingoes. There really are some incredible bird species in Colombia, but the Andean condor is a regal choice to represent its nation as the national bird of Colombia!
Thank you for reading! Have some feedback for us? Contact the AZ Animals editorial team.
Males never sing the same song twice 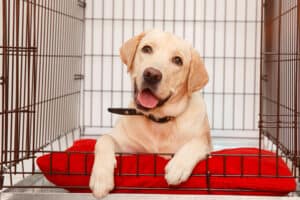 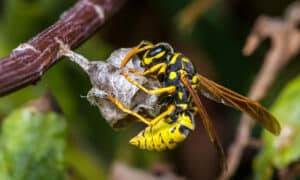