Enter your email in the box below to get the most mind-blowing animal stories and videos delivered directly to your inbox every day.
Peru has the second most bird species, second to Columbia, with 1,861 different species. Columbia has 1,884, and third place Brazil has 1,817. Many of these diverse birds are located in the Amazon Rainforest, with many more species yet to be discovered. With so many beautiful birds to choose from, how do you choose just one to be your national bird? Did they choose the colorful scarlet macaw, the regal harpy eagle or the cute Humboldt penguin (yes, there are penguins in Peru)? Read on to find out all about the national bird of Peru!
©David Havel/Shutterstock.com
The national bird of Peru is the Andean-cock-of-the-rock. You have to admit the Andean-cock-of-the-rock is one of the most unique-looking birds in the world (with an equally unique name to go with it!). The males have bright orange-red heads and bodies with a strange crest that covers their beaks. The placement of the small yellow-ringed eye seems cartoon-like and out of place. The lower body of the Andean-cock-of-the-rock is all black with white wing feathers. If you break down their name, you will see that they live in the Andes mountains. They look like roosters (cocks) and hang out on rocks and rocky cliffs.
©BonnieBC/Shutterstock.com
The Andean cock-of-the-rock lives in the tropical forests and cloud forests of the Andean Mountains. Besides Peru, they live in Venezuela, Columbia, Ecuador and Bolivia. As their name indicates, they prefer habitats with rocky cliffs, usually along rivers or streams. The female Andean cock-of-the-rock builds nests in overhangs on the edge of cliffs or tucked inside caves.
©John L. Absher/Shutterstock.com
Yes! The males have an elaborate mating dance involving a lot of head bobbing and flapping to impress the ladies. Andean cock-of-the-rock form a lek. A lek is when a group of animals get together and create a courtship display, or mating dance, to attract females. The males compete for the female’s attention by bobbing around and making loud, raucous squawks and grunts. The older, more experienced males seem to be the most successful, and because they are polygamous, they may return to their mating dance after mating to try to attract another mate.
Andean Cock-of-the-rock are about a foot tall, ranging from 10 to 12 inches, and weigh around 7 ounces. They are tropical birds but are nowhere near as big as a macaw. Scarlet macaws, one of the macaws found in Peru, can be nearly 3 feet tall! Cock-of-the-rock are larger than an American robin which is closer to 7-11 inches and only weighs 2-3 ounces.
©Jim Barber/Shutterstock.com
No, but there is another animal on the flag of Peru. The flag has the Peruvian Coat of Arms featured in the center, and there are three sections on the Coat of Arms. The upper left section has a vicuña which is a smaller llama-like animal. Next to that is a cinchona tree, and below is a golden cornucopia with golden coins spilling out of it. The flag has three vertical stripes that are red, white and red. Here is what the colors and symbols of the flag represent:
Not yet, but it is scheduled to appear on the new 200-sol banknote! The Peruvian money, called Sol, features the grand flora and fauna of the country along with prominent people and places. The new 200-sol will feature Tilsa Tsuchiya, a famous painter and printmaker, on the front, and the back will have the Andean cock-of-the-rock and a purple wing flower. Other animals featured on the banknotes include:
The national animal of Peru is the vicuña. These small llama-like animals belong to the camel family but don’t have a hump like a camel. They are valued for their long, soft coats used to make wool. The wool of the vicuña was once only worn by the Incan nobility but is now used to make coats and other garments. Vicuña are the smallest of the camel family, reaching only about three feet tall and weighing around 110 pounds. The vicuña is a truly honored animal in the country.
Other animals in Peru include the animals featured on the money, like the massive Andean condor that has a wingspan of 9-10 feet! The classic jaguar, listed as “Near Threatened” by the IUCN, lives in the dense rainforests of Peru. The marvelous spatuletail (marvelous being a part of its name, not just a descriptive word) is a tiny hummingbird with the males having two long wire-like tail feathers with a broad disc-shaped feather at the end. These unique hummingbirds are only located in small habitats in Peru and are considered “Endangered” by the IUCN. Multiple organizations are working together to help protect the remaining ones and create educational programs.
The coastline of Peru is on the Pacific Ocean. Just off the coast, you will find a variety of marine mammals, sea turtles and the Humboldt penguin. Between July and October, you will find humpback whales that have migrated from Antarctica, and while whale watching, you might also spot a dolphin, sea lion or even a shark. Numerous species of sharks live off the coast of Peru, including Great white sharks. Other birds you might see along the coast are seagulls, boobies and large pelicans.
You won’t run into the national bird of Peru along the coast of Peru, but you will likely see large flocks of seagulls, a few large white pelicans and possibly a blue-footed booby. Peru is a country with one of the most diverse faunas and a country that takes great pride in that fact.
Thank you for reading! Have some feedback for us? Contact the AZ Animals editorial team.
One of the Corkie’s parent breeds, the Cocker Spaniel, was thought to have come over on the Mayflower. 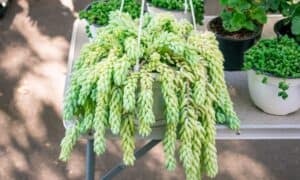 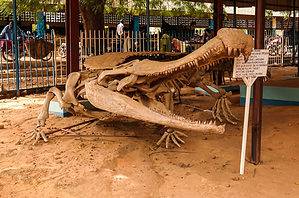