Why Do Birds Have Feathers Instead of Furs or Scales? – Thayerbirding 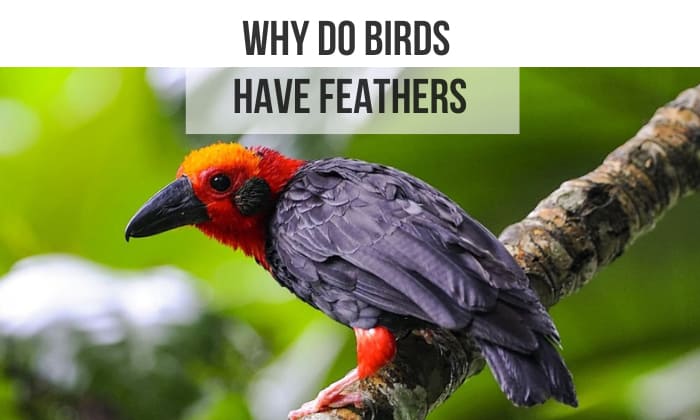 Kingdom Animalia seems to have a unique collection of functional features to help them survive. Various fishes have scales to protect them from environmental hazards and predators.
Furs of felines and canines keep them warm and offer some protection against the damages brought about by sun rays when exposed.
Now, why do birds have feathers instead? There are multiple uses of feathers – for defense, insulation, flight, and even mating purposes. Feathers are made up of keratin and have muscles attached to each one at its base, allowing motion.
Table of Contents
It’s near impossible to miss the majestic play of colors that are ever evident in the various avian species across the globe.
Even in backyards and woodlands, where birds naturally settle, one can’t help but be amazed at how efficiently feathers are made. This begs the question, what do feathers do for birds?
To summarize, different types of feathers offer different kinds of protection. The main feathers of birds with names are as follows: wing, down, tail, contour, and bristle. 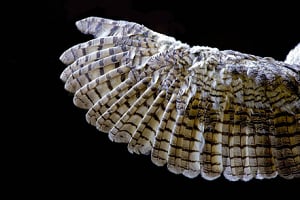 Birds have wings covered in feathers, which offer immunity against the winds – this reduces drag, allowing them to fly more efficiently. Due to their microstructure and attachment to the bones, midair twisting is prevented most, if not all, of the time.
You can divide wing feathers into smaller categories – primary, secondary, and tertiary feathers. If the bird no longer has its primary feathers, which grow around the tip of the wing, it’ll be unable to fly.
Without secondary feathers, the avian’s ability to fly may suffer, but will not be gone completely. In contrast, loss of tertiary set may have little to no impact on the bird’s movement. 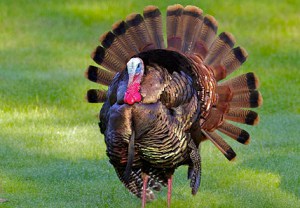 Tail feathers, also known as rectrices, are an essential part of flight feathers. They make steering possible and allow the bird to remain stable mid-flight. Retrices are also vital for braking.
While birds can still steer themselves and come to a stop without tail feathers, these will be incredibly hard for them. Staying balanced up high will also pose quite a challenge should a bird lose its tail.
Some birds also rely on tails to attract mates. For instance, male peacocks flash their iridescent trains and shake them to attract females. Wild turkeys mate in a similar manner as well. They usually create a huge feathered ball arching their bodies to attract mates during the breeding season. 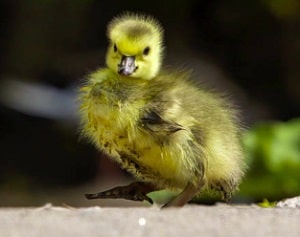 These feathers (plumules) are characterized by their soft texture and branching structure. Located under the exterior feather, it traps air and body heat. As a result, birds with down feathers are often protected from the extreme cold.
Thanks to down feathers, birds can sustain a body temperature of up to 40 °C. Plumules also work in accordance with body feathers for better heat retention. 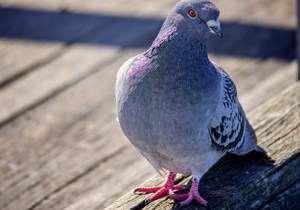 Contour feathers outline the bird’s body, including its tail. Aside from providing aerodynamics, this feather typically keeps the bird waterproof. Depending on the species and breeding season, contour feathers can either help the bird stay hidden in the predators’ eyes or stand out to potential mates.
For example, the Eastern Screech-Owl has gray and brown body feathers, which allow them to blend seamlessly with tree trunks should the birds stay still. For camouflaging reasons, not all organisms have colorful feathers.
In contrast, many male birds, such as the American Goldfinch, molt to a bright yellow during breeding season to attract mates. However, this colorful feather bird has a drab olive shade during the winter to avoid unwanted attention from predators.

Bristle feathers appear the simplest of all and are most commonly found on the head, protecting the eyes. That said, bristles may grow around the nostril to safeguard the respiratory system. You can observe this phenomenon in woodpeckers, whose bristle feathers protect them from dust.
Though uncommon, bristle feathers may function as feelers to help avian species, such as owls, to sense nearby objects. Note that these feathers will grow on the feet instead of the face.
Not all birds can fly but all birds have feathers. For those who can, feathers play a crucial role in sustaining its flight. Despite the appearance that a bird’s feathers develop everywhere, they only do so in certain locations known as feather tracks – the muscles here allow birds to move them at will.
Birds would be crawling around on the ground if not for their aerodynamically-shaped feathers. Birds need feathers to fly, and the position of each feather can be controlled by a group of specialized muscles, allowing the bird to manipulate them at will.
Remiges, or the primary and secondary wing feathers, allow birds to fly, while rectrices are essential for steering. The feathers group together as the wing flaps downward before separating to let air pass as it sweeps back upward.
Feathers play a significant function in birds. Because they must withstand a lot of wear and tear, birds produce a new set of feathers each year to replace the worn ones. We refer to this as molting.
Do All Birds Have Feathers?
Yes, all birds have feathers – they’re also the only species with ones. Feathers may differ depending on species, gender, age, and primary function. That said, they are crucial to a bird’s ability to regulate its body temperature, both as an infant and as an adult.
Can Young Birds Fly?
Although it may not seem like it, a fledgling bird will be able to fly easily in one or two days. Across all avian species, the average duration it takes for a bird to fly is between 12 and 19 days.
Do All Birds Relocate?
No, only certain species do, as migration is necessary for their survival. However, the distance that they can travel varies. Some can only travel short distances, while others can go as far as a thousand miles away.
The main priorities birds seek when migrating are nesting areas and food resources. Escaping from the winter cold is a pertinent drive for migration, but some birds can tolerate low temperatures if they have access to enough food, like hummingbirds.
What does pigeon feather mean?
Pigeon feather meaning has varied throughout the years. It is believed to be a spiritual guide, protection from harm, or, contrastingly, harbinger of bad luck.
The manner in which you found the feather should also be taken into account. For example, finding a pigeon feather on an eagle can symbolize the strengthening of relationship ties.
Is feather a living thing?
No, in the same sense that our visible nails are actually dead cells, fully-grown feathers made of keratin are dead tissues. Note that I say “fully grown” – developing feathers have a working blood supply to ensure that they can reach full size.

Growing up, a lot of kids have pondered, at least once or twice, “why do birds have feathers instead of furs or scales?” Nature sure does have a way of surprising anyone in the best way possible.
With the advent of new resources, there is a fountain of information now available to quench this thought. In fact, it is universal knowledge that feathers serve a variety of purposes, including protection, flight, mating, and a lot more.
Read next: What to Feed a Baby Bird without Feathers

Clinton Atkins
Author
Hi, I’m Clinton. Rocky and I became friends after a birdwatching trip with our new group. And we have been enjoying every adventure together. When he told me the idea of establishing a site that shares our experiences and fun, I immediately agreed. After trials and errors, here we have Thayerbirding.
Known as the redbird, this is one of America’s favorite birds and the most common …
What is a group of birds called? It’s not always a flock. The proper collective …
Birds are not only an animal with many meanings behind it, but also a very …
Birds are well-known as egg-laying species, but do you know the answer to, “How are …
Everyone might have witnessed the starving fledgling birds in their backyard as they flap their …
Hawks and falcons are birds of prey often seen flying high up in the sky …
Bird Feeder & Food
Tips & Tricks
Thayerbirding.com is a participant in the Amazon Services LLC Associates Program, an affiliate advertising program designed to provide a means for sites to earn advertising fees by advertising and linking to Amazon.com. Amazon, the Amazon logo, AmazonSupply, and the AmazonSupply logo are trademarks of Amazon.com, Inc. or its affiliates. As an Amazon Associate I earn from qualifying purchases.