The page you are about to enter is for grown-ups.
Enter your birth date to continue.
Joan Strassmann can rattle off trivia about birds as fast as a peregrine falcon can shoot through the sky. Did you know that northern flickers get their young to leave the nest by continuously shrieking? Or that American coots sometimes sneak eggs into other nests?
Here’s another fun feathered fact: Birdwatching—or simply listening—can have mental health benefits for people, including long-lasting stress relief.
LOOK AT THAT! It’s exciting to spot a beautiful bird. Science says it’s good for you too.
Strassmann, who recently wrote a book about birdwatching, says these benefits are significant. “Sitting outside and listening to the birds, and getting to know their songs, is really calming,” she says. And birders of any skill level can tap into the mental health benefits linked to the hobby.
Researchers have long tried to understand the perks of observing birds. A study published last October in Scientific Reports found that seeing or hearing these creatures improved people’s mental well-being for up to eight hours.
Other research supports the idea that birds are good for the brain. A study published in 2020 showed a link between happiness and the number of bird species around people’s homes and towns.
What’s so soothing about birds? Andrea Mechelli thinks there are several factors at play. He’s a mental health researcher at King’s College London, in the United Kingdom. He says one reason could be that spending time in nature improves concentration by decreasing mental fatigue, or tiredness.
Also, birds are, well, everywhere. “They can fly. They can do something that we can never do, outside of a plane, so there’s that fascination,” Tina Phillips says. She’s an assistant director at the Cornell Lab of Ornithology ornithology 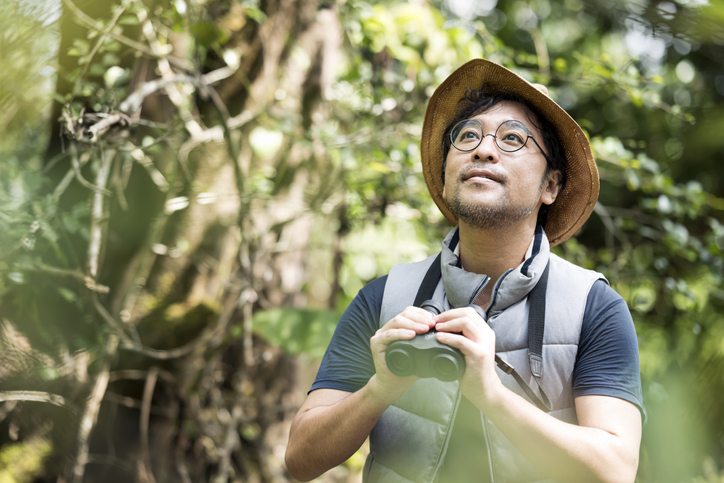 NITAT TERMMEE—GETTY IMAGES the study of birds (noun) Lee's interest in birds led to a career in ornithology. , in Ithaca, New York. “There’s a lot about birds in terms of their charisma charisma 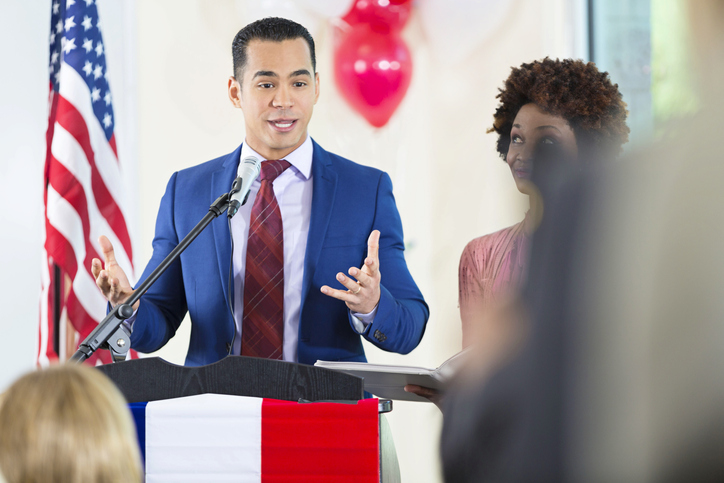 SDI PRODUCTIONS/GETTY IMAGES a quality that attracts or fascinates people (noun) The speaker's charisma held people's attention. , their behavior, and their accessibility that makes them this perfect group of animals that people can really relate to.”
Birdwatching spiked in popularity during the pandemic, when people were searching for a safe, free, outdoor hobby. A great thing about birding is that anyone can do it. That includes kids. “It’s one of the easiest hobbies to step into,” Phillips says. “All you need is a little bit of natural space. And if you have a pair of binoculars, great, but if you don’t, that’s okay.”
I SPY Binoculars help you see birds up close. But birdwatching can be just as much fun without them.
One of the simplest ways to start is by setting up a bird feeder. “That’s going to attract birds to you,” Phillips says. (See “Feathered Friends.”) Not sure what kinds of birds are showing up? You can use an app to identify them by the sounds they make. The Cornell Lab’s free Merlin Bird ID app makes the identification process easier and more fun.
EAT UP Feeders are a great way to attract birds. They let you watch birds without leaving home.
Keep a list of birds you see, and of those you hope to see. And if your family has a backyard, do what you can to make it a nice place for birds. One way to do that is by choosing native plants that attract and protect them. The National Audubon Society can help you with that.
Let your new hobby take flight. It’ll be good for you!
WATCH AND LEARN Some birders keep lists. Start by tracking the birds you see. As you learn more, list the birds you hope to see.
Want to get to know your local bird population? “Set up a bird feeder,” Tina Phillips says. She has one. “On any given morning, I get 10 to 15 different species coming to the feeder.” You can make your own with supplies like pine cones and peanut butter. The Cornell Lab website has instructions. To see birds beyond your backyard, visit places near water. “All birds get thirsty,” author Sharon Stiteler says. “So they are naturally drawn to these spots.”

The United States Food & Drug Administration plans to update its rules for labeling food packages. These rules tell companies which foods can be labeled “healthy.” The new rules have not yet been approved. If they are, only certain foods…
On September 15, residents of Jackson, Mississippi, were told that the city’s tap water was safe to drink. For nearly seven weeks, they’d had to boil it before using it. Here’s what to know about the crisis. Why has Jackson…
Kids have a lot on their minds. Juggling school, family, and activities is hard enough. Add to this list a pandemic. It’s disrupting schedules. It’s causing uncertainty. That’s a recipe for a mental health crisis. “When we feel stressed, we…
Last week, many students in the United States returned to school after winter break. They did so just as COVID-19 cases were reaching record levels. The surge in cases has been driven by the Omicron variant. It spreads more easily…