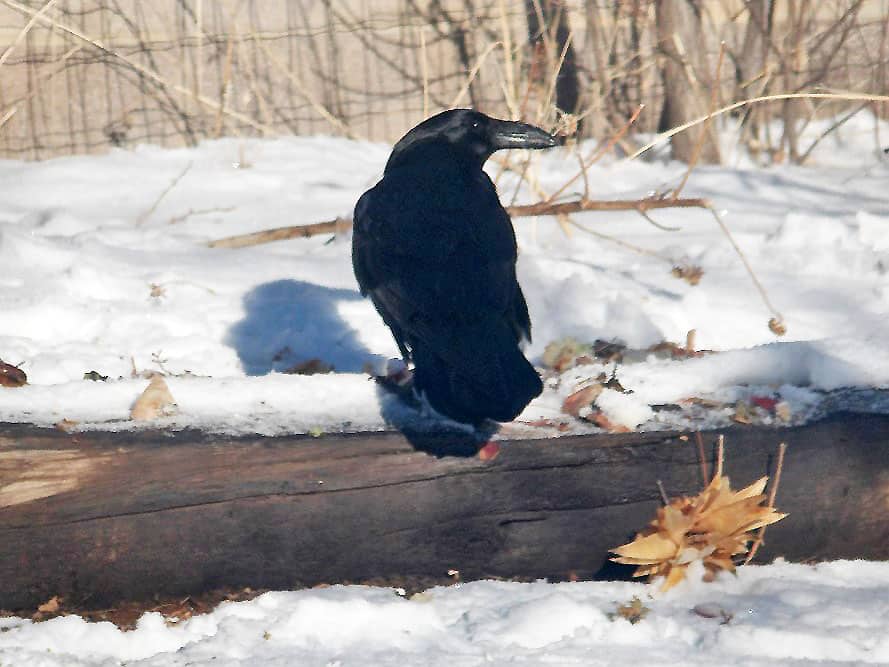 A raven can sense the impending arrival of a winter weather front even while the day is sunny. Photo by Robert Dryja 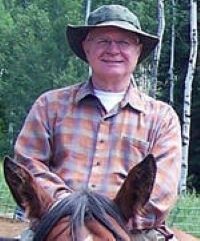 By ROBERT DRYA
Los Alamos
Snow has fallen for the past two nights with an accumulation of about four inches. The sun has been shining during the day between the two nights. The actual depth therefore is about two inches except for areas that have been shaded all day. This snow fall has been predicted in different ways.
The length of day has shortened from nearly 15 hours at the peak of summer to less than 10 hours in December. Less daylight means less warming. This supports the development of snow. December through February, the three winter months, represent the coldest time of a year. Snow fall can be expected to occur sometime during this time. Cold weather fronts from the far north can bring freezing cold air to the already cooler air resulting from shorter days. Together, these aspects of the natural world provide the prediction that snow will fall eventually but do not give an exact week or day. Only the extensive technology of the National Weather Service provides a more precise prediction for snow fall but even this is only for the next few days.
Interestingly, the behavior of certain species of birds shows they also can anticipate the snow fall coming in the next few days, similar to the weather service. Red wing blackbirds gather in larger and larger flocks as the winter months arrive. There may be a flock of 50 to 75 birds in a single tree. One day does not appear to be that different from the preceding days but a flock disburses. What has happened? They have sensed the change in air pressure as a weather front approaches. The red wing blackbirds leave to a more sheltered location before a snow fall arrives. They return after the weather front passes through, changing the air pressure.
A special organ in the middle ear of birds senses changes in air pressure. Some bird species also cansense low frequency infrasound that people cannot hear. This means the birds can sense the low frequency sound created by a thunderstorm or the turbulence at the perimeter of a weather front that may be days away. 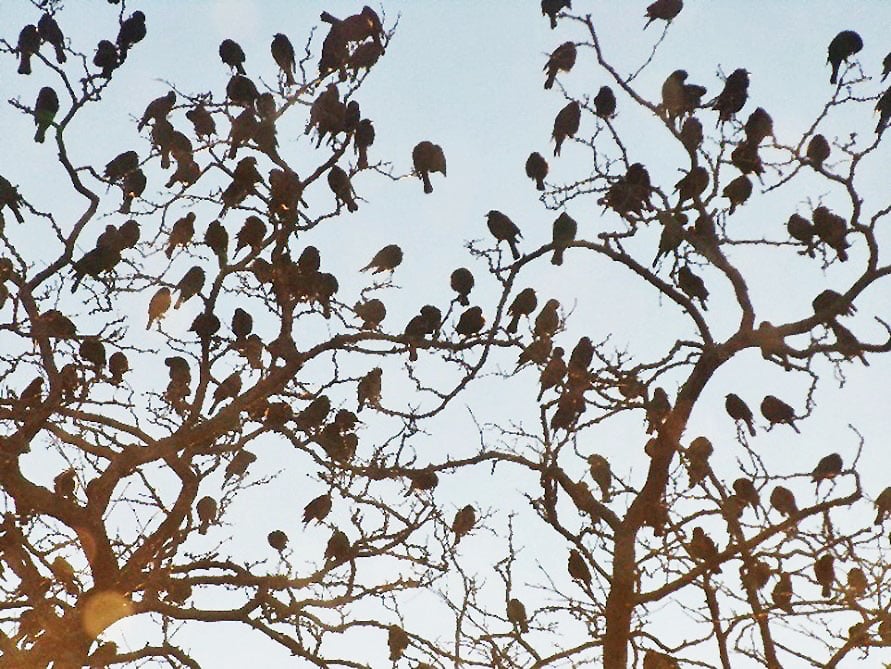 A flock of Redwing Blackbirds gathers together shortly before a weather front arrives. Photo by Robert Dryja
The behavior of redwing blackbirds is more apparent by being part of a large flock. The behavior of the common raven is similar but not as immediately obvious. Smaller flocks of ravens begin to appear with the arrival winter, similar to the larger flocks of redwing blackbirds. A small flock of ravens disburses at the same time as a large flock of redwing blackbirds. This common behavior supports the idea that different species of birds can sense changes in air pressure and low frequency sound coming from an approaching weather front.
But why do red wing blackbirds and ravens gather together during the winter months? Why not also gather during the summer? They may gather so they can help one another keep warm when winter nights arrive. The flying of a flock together also is a social way to release more heat to keep warm by each bird. Another benefit of gathering in a group relates to locating food. One bird may find food in an area and attract other members to join it. This can be particularly important during the winter months when food is scarce.