How Many Birds Are in the World? (Updated in 2023) – Thayerbirding 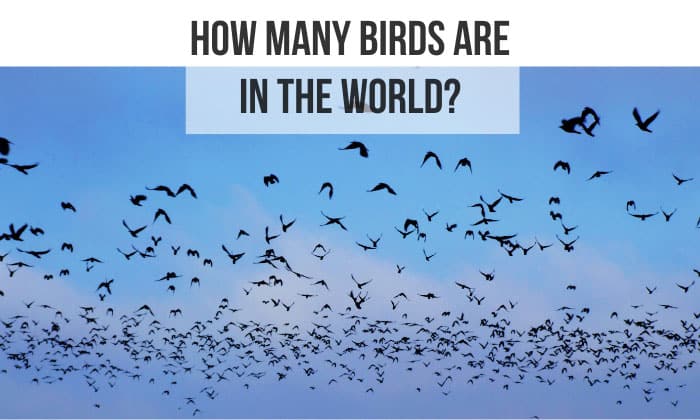 Wherever you are, you can hear birds chirping or see flocks of birds flying overhead. This has led some to ask how many birds are in the world.
The question feels impossible to answer. Many birds live in areas without humans, and birds go back and forth between several regions.
However, a recent study from the University of New South Wales tried and estimated between 50 billion and 430 billion birds worldwide.
Table of Contents
It takes a village to raise a child and about 600,000 people to work together to estimate the number of birds on planet Earth.
Yes, 600,000!
To estimate the number of birds worldwide, researchers used information submitted by 600,000 amateur birdwatchers to an online database of bird observations known as eBird. The website was launched and is maintained by the Cornell Lab of Ornithology.
They also referred to data from scientific organizations Partners in Flight, the British Trust for Ornithology, and BirdLife International.
Once they had collated and analyzed all the numbers, biologist Corey Callaghan and his two partners concluded that the population of birds is anywhere between 50 billion to 428 billion.
The reason for the large range of speculated birds around the world is the sheer difficulty of the task. Researchers had to grapple with a need for more scientific data in many areas of the world, the migratory nature of birds, and the generally small size of most bird species.
Though a daunting endeavor, Callaghan and his partners weren’t the first to attempt the challenge: back in 1997, researchers Gaston, K.J., and Blackburn made their study and estimated between 200 billion to 400 billion birds worldwide.
Despite all these attempts, many ornithologists have differing views on the numbers. There may be as much speculation on the number of birds are left in the world as birds themselves!
But why do they do it? Callaghan explains the purpose of keeping track of the diversity of species we share life on earth with. Ultimately, this research is all part of efforts to ensure our planet and its ecosystems are still healthy and can still support life, including ours. 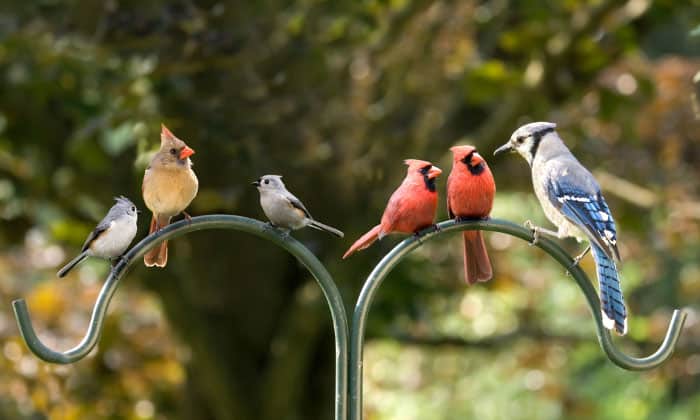 Counting birds is one thing, but counting species is another.
How many bird species are there in the world? Scientists estimate anywhere between 9,000 to 11,000 species.
The question is tricky since there are disagreements on the list of world birds. The Cornell Lab of Ornithology identifies 10,824 species, while the International Ornithological Committee raises the number to 10,933.
Meanwhile, the International Union for Conservation of Nature (IUCN) red list includes more than 11,000 identified bird species and the American Museum of Natural History 18,000!
Species are also frequently being reclassified or split into different species categories by the Americal Ornithological Society (AOS). They also discover new species regularly, up until the present day!
Whatever the actual number, one thing is clear: bird species are going extinct much faster than in decades and centuries past.
Currently, an estimated 159 species are extinct, 226 critically endangered, 461 endangered, 800 vulnerable, and 1,018 near threatened.
This makes scientists’ attempts to count birds and bird species more crucial than ever to monitor the population sizes appropriately. 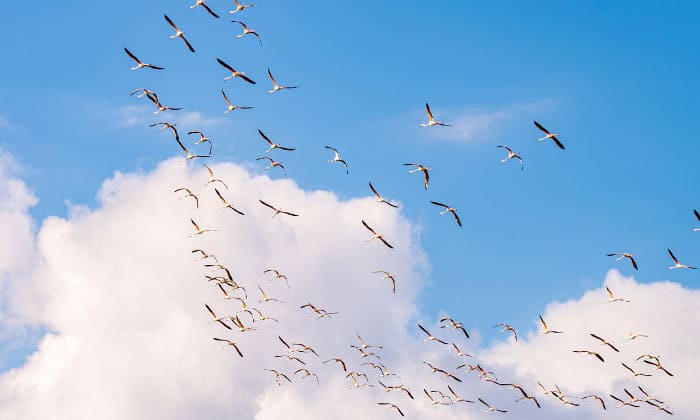 Are there more birds on earth than humans?
Yes. There is an estimated world bird population of 50 billion birds on Earth, but only 8 billion humans. That means at least six birds for every single human!
What bird has the largest population?
The same study by University of New South Wales researchers declared the house sparrow the most populous bird in the world, with an estimated population of 1.6 billion.
The species is said to be found in all continents except Antarctica.
Following the common house sparrow with the largest bird population in the world are:
Altogether, the four species are sometimes referred to as the “billion bird club.”
Where can you find the most diverse species of birds?
The tropics are the area with the most diverse species of birds on the planet. In particular, the top three countries in terms of the variety of birds are Colombia (1,878 species), Peru (1,858 species), and Brazil (1,813 species).
In the United States, there are a recorded 800 bird species.
How many birds are born each year?
Estimating how many birds are born yearly is complicated since not all laid eggs hatch into healthy chicks if they hatch at all. Additionally, only 37% of young birds reportedly make it past their first year of life.
There are also wide discrepancies among all the birds in the world concerning egg-laying habits–some birds lay eggs daily, while others only once or twice a year throughout their lifetime.
For reference, though, chickens alone hatch 62 million chicks annually.
Is the bird population increasing or decreasing?
Generally speaking, bird populations across the globe are declining. North America has reportedly lost about 3 billion birds since 1970, while Europe has lost 620 million since 1980.
One of the biggest threats to bird population sizes is human and human activity, including the destruction of the birds’ natural habitats, pollution, the use of pesticides, and the introduction of invasive species.
However, according to scientists, six percent of the 11,000 bird species (about 660 species) are increasing in numbers.
Are birds the most abundant animal on Earth?
Though possibly reaching a total population of 400 billion, birds are not the most abundant animal on Earth.
The most abundant animal on Earth is speculated to be krill, tiny, shrimp-like animals that make up a large part of whales’ diets.

How many birds are in the world? A pretty sizable number–but they could be more!
Though birds’ population sizes may be on a downward trend, as a whole, the species is not in critical danger yet. Thankfully, there is still plenty of time to launch and support conservation efforts that can repopulate our skies and tree branches with cheerful chirpers.
After all, birds are more than colorful splashes of feathers flitting across our windows–they are also vital members of the entire ecosystem we all live in.

Clinton Atkins
Author
Hi, I’m Clinton. Rocky and I became friends after a birdwatching trip with our new group. And we have been enjoying every adventure together. When he told me the idea of establishing a site that shares our experiences and fun, I immediately agreed. After trials and errors, here we have Thayerbirding.
Wherever you are, you can hear birds chirping or see flocks of birds flying overhead. …
A cockatiel is a type of parrot that originated in Australia. This smallest member of …
Do blue jays eat other birds? Yes, but only on occasion. There are some cases …
Having a pet bird or simply birdwatching brings joy that is unparalleled. However, there are …
Kingdom Animalia seems to have a unique collection of functional features to help them survive. …
It’s not only humans who enjoy speaking with each other. Sometimes, our pet birds join …
Bird Feeder & Food
Tips & Tricks
Thayerbirding.com is a participant in the Amazon Services LLC Associates Program, an affiliate advertising program designed to provide a means for sites to earn advertising fees by advertising and linking to Amazon.com. Amazon, the Amazon logo, AmazonSupply, and the AmazonSupply logo are trademarks of Amazon.com, Inc. or its affiliates. As an Amazon Associate I earn from qualifying purchases.