New Yorkers adjust to the recent uptick in violent crimes and share their tips for remaining safe in these frequented sanctuaries
ANDREW DRESSNER
NYPD cars parked outside the Columbus Circle entrance to Central Park which had a 24% increase in crime.
By LIBBY JASKWHICH
October 27, 2022
As many COVID-19 restrictions ease throughout New York, the city’s green spaces have seen a rise in visitors over the summer. As more people frequented these urban grounds, crime rates also increased in these spaces.
Crime statistics from September 2022, published by the New York Police Department (NYPD), indicate that there has been a 15.2% increase in general crime compared to September 2021. Surrounding the Fordham Lincoln Center area, crimes reported from April 1 to June 30 in Riverside Park totaled five with four of them being robberies and one of them being felony assault and crimes reported in Bryant Park totaled 11, with one of them being felony assault and 10 of them being acts of grand larceny.
In January, Adams announced a plan to combat these changes in crime patterns and introduced the formation of a Gun Violence Prevention Task Force, which aimed to increase the number of officers on patrol, create jobs for at-risk residents and revive the Neighborhood Safety Teams. 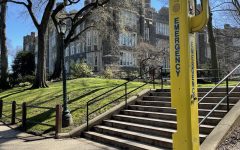 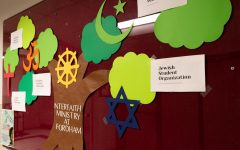 In a university where principles of social justice, tolerance and solidarity are upheld   alongside its mission to educate, racist and homophobic hat…

en
In a university where principles of social justice, tolerance and solidarity are upheld   alongside its mission to educate, racist and homophobic hat…


Read Next
In a university where principles of social justice, tolerance and solidarity are upheld   alongside its mission to educate, racist and homophobic hat…

Andrew Dressner (he/him), FCLC ’23, is a photo editor at The Observer and is majoring in natural science on the pre-med track. Outside of The Observer, Andrew loves taking photos, is an EMT and enjoys rock climbing.
Cancel Colleen Hoover
I Hate Dogs and I Am Not a Horrible Human Being
Phantom of The Opera To Take Its Final Bow
What Happened to Katy Perry’s Career?
Central Park: An Accurate Reflection of New York’s Racist History
Cancel reply
Your email address will not be published. Required fields are marked *