ADVERTISEMENT
Harry L. Buck, formerly of Rochester, passed away Sep. 8 in Plainview, MN at the age of 92. Born Aug. 24th, 1930, in Winona, Harry was the son of Carpenter and Geraldine Buck (nee Swift). The Buck home sat at the base of Garvin Heights and overlooked Lake Winona. Nature became Harry’s childhood playground. His interest in nature grew through scouting, hunting, and fishing adventures as a youth and adult. He graduated in 1948 from Winona High School and in 1953 from Winona State Teacher’s College with a degree in Education, where he was also played football.
On Dec. 31, 1950, he married his high school and college classmate, Kathryn Baab. Together, they forged a 72-year marriage and raised four children. In their early married life, they spent summers as a family living at a Boy Scout camp, where Harry served as a leader. They took the family camping in the Boundary Waters, and on long road trips to state and national parks.
Harry’s teaching career took the family to various communities in Illinois and southern Minnesota, and finally to Rochester in 1963, where he taught junior high science and biology.
In 1972 he was hired as the first Director of Quarry Hill Nature Center in Rochester, where he led environmental education programs until his retirement in 1986. During his tenure at Quarry Hill, he worked tirelessly to instill an appreciation for the environment in the thousands of children who visited. In December of 2021, Mayor Kim Norton presented Harry with a Key to the City of Rochester for his vision and leadership in the founding of the nature center. Harry accepted the honor with gratitude, saying, “I always felt like the luckiest person in Rochester to be able to go to work at Quarry Hill every day.”
In retirement, Harry continued to teach about the environment in a variety of ways including building environmental models, consulting work and teaching future science teachers at WSU. Many in Rochester will remember that for 20 years, Harry shared decades of meticulously recorded seasonal nature and weather observations on his KNXR radio program “Talking About Nature.”
Nearly everything that Harry did throughout his life involved teaching and nature. This was evident not only in his professional life, but also in his family life. He instilled a love of nature and curiosity in his own children, grandchildren, and great-grandchildren. Together with his father, father-in-law, brothers-in-law, nephews, sons and eventually grandsons, Harry enjoyed duck hunting in the Mississippi River bottoms, from Lake Pepin to the Iowa border no matter how cold, wet, or dark it was. Harry and Kathryn enjoyed fishing, bird watching, gardening, and traveling throughout the US and Europe. They built a retirement home overlooking the Mississippi River in Alma, WI where they were instrumental in developing the swan migration through the “Alma Tundra Swan Watch.” The last years of his life were spent back in Winona and Rochester, where he volunteered at the Minnesota Maritime Art Museum and Quarry Hill, among other places. His interests and hobbies were so varied it is hard to capture them all, but in addition to hunting and gardening, he did needlepoint, made baskets, made wine out of dandelions, read thousands of thrillers, and watched a lot of sports on TV.
Harry was preceded in death by his parents, his parents-in-law Gordon and Hazel Baab, his son, Andrew Michael, his sister, Nancy Evans, his brother- and sister-in-law Walter and Dona Thorpe, brother- and sister-in law Tom and Phyllis Baab, and brother-in-law Jerry Sieracki.
Harry is survived by his loving wife, Kathryn, their children: Curtis (Susan) Buck of Plainview, MN;
Jody (Raymond) Smith of Buffalo Center, IA; and Molly Buck and Jerry Ennett of Lakeville, MN, 10 grandchildren: Josh (Amanda), Adam and Ira Buck; Zachary (Mandee), Peter (Erin), Kelly (Claire), Connor (Riley) Smith, and Amanda (David) Wente; Samuel Ennett (Amy Hanson) and Ellen Ennett, and 14 great-grandchildren: Max and Lila Buck, Avery, Eleanor, Tillie, Roger, Paul, Thomas, Benjamin, Alexander and Jack Smith and Henry, Adele and Finnegan Wente. Harry is also survived by three sisters: Sally Sieracki of Springfield, VA, Carolee Valentine of Bremerton, WA and Mary Christine Buck of Alameda, CA, and many nieces and nephews.
Visitation will be at Christ United Methodist Church from 9:30-11:00 on Saturday September 24, with a service at 11:00 and lunch to follow. In lieu of flowers, the family requests memorials to Friends of Quarry Hill Nature Center or Mayo Hospice. Cards may be mailed to 800 2nd Ave NW, Plainview, MN 55964. 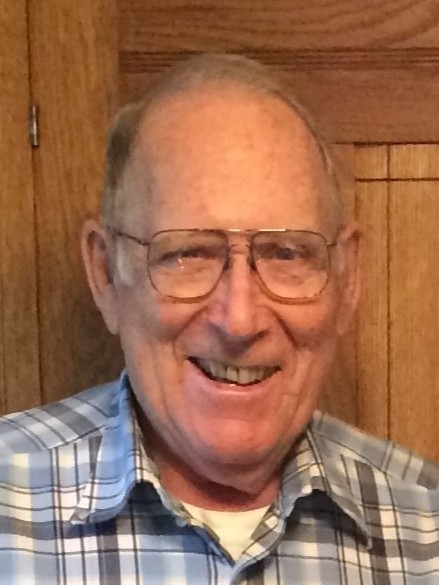