While gardening one day in 2005, it occurred to Jane Patterson that it might be nice to figure out the kinds of birds perching on her feeders. It was the simplest of mental shifts, paying attention to something so ubiquitous. But it would change Patterson’s life.
She dug out an outdated field guide, and identified her first species that afternoon: a house finch. Time passed, and with each subsequent identification, Patterson’s interest in birds grew, until she says she “sort of fell off the deep end.”
“It was like this Wizard of Oz moment, when everything goes from black-and-white to color,” Patterson says. “I wondered how I’d managed to live here and not really see these wonderful birds before.”
Such eureka moments are common among birders, who decide one day to zero in on the avian world. Learning to spot species of birds is like accessing a new dimension, enthusiasts say.
“It’s something you can work on for the rest of your life,” Patterson says. “I bird almost every day. If it’s not in my own yard, it’s somewhere else.” 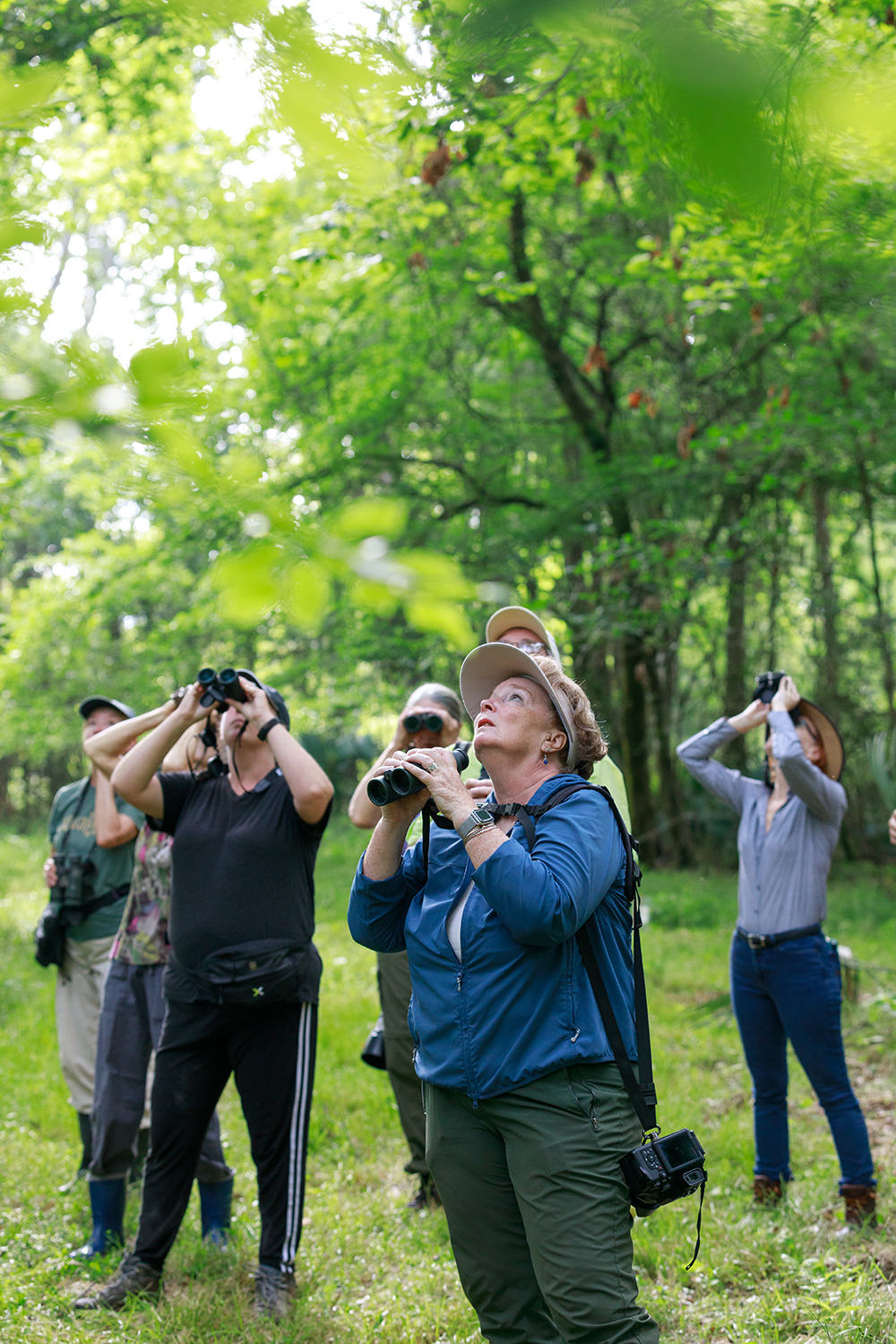 Through patience and persistence, Patterson has spotted more than 100 different species in her backyard alone over the years, and about 700 total across the country.
That number doesn’t even include birds she’s seen on international birding trips to Africa, Central America and other target-rich locations.
For several years, she’s also taught a “Birding Basics” class at Hilltop Arboretum, in which she explains how to get started.
And, Patterson serves as president of the Baton Rouge chapter of the Audubon Society, a conservation organization.
Louisiana is a birder’s playground, with more than 480 species within its borders, Patterson says. The state’s diverse habitats include beaches, river floodplains, wetlands, forests, swamps and more, attracting all sorts of different species. Migratory birds also travel through Louisiana in the fall as they fly south for the winter, and again in the spring as they head northward.
Getting started in birding is easy, Patterson says, and it can become as serious, or as relaxed, as the birder wishes. The only required tools are decent binoculars, a field guide and, if you like, an app like eBird to record your sightings.
“One of the wonderful things about birding is that you can take it to any level,” Patterson says. “You can stick to your backyard, or you can spend your year trying to break a certain number and get really competitive about it. There’s a wide spectrum of enjoyment.”
This article was originally published in the September 2022 issue of 225 magazine.